With regards to the safety measures put in place by the university to mitigate the risks of the COVID-19 virus, at this time all MSI systems will remain operational and can be accessed remotely as usual.  The only planned outages concern our in-person Helpdesk and tutorials.  More information, as well as alternative remote support options, can be found at MSI COVID-19 Continuity Plan

MSI's High Performance Computing (HPC) systems are designed with high speed networks, high performance storage, GPUs, and large amounts of memory in order to support some of the most compute and memory intensive programs developed today.

What Can I do with HPC?

MSI’s HPC systems have direct access to high performance storage and many of MSIs software resources including popular programming languages such as Python, R, Matlab, and C compilers. This integration creates an computational environment that is flexible and powerful enough to accommodate any need. Researchers from departments across the University use MSI’s HPC resources daily to accelerate their research.

The first step to accessing MSI’s HPC systems is to become an MSI user, from there MSI’s HPC systems are primarily accessed via a terminal interface and many of our users have the ability to write custom programs to run complex analysis. MSI also provides interactive access to the HPC systems though NICE, iPython Notebook and interactive MATLAB options.

MSI allows jobs to run for 150 hours (6.25 days), so it makes sense to consider usage for the past 7 days. However, usage from 7 days ago affects the fairshare factor relatively little.
When scheduling jobs and calculating priorities of waiting jobs, there are many factors to consider, and fairshare is only one such factor. MSI also uses queue time - the time that a job has been waiting to run - to affect the fairshare of any given job. The longer a job waits, the more that the queue time factor will add to the job's priority. Also, the job's requested walltime, relative to the maximum walltime on the resource where the job is waiting, will affect the job's priority. This is called the Expansion Factor (or XFactor). The shorter the job is, the higher its expansion factor.
Additionally, the scheduler is configured to first try to schedule jobs requesting a large amount of resources, and then schedule smaller jobs around the larger jobs. Jobs requesting a large amount of resources need to reserve those resources in order to run, and they cannot run until there are sufficient free resources to fit such jobs. It is undesirable to have unused resources, so the scheduler uses smaller jobs to fill in the gaps created by the reservations of the large jobs. This scheduling behavior is called "backfill." It is far more efficient to backfill smaller jobs around larger jobs. Accurate estimates of wall clock time on your jobs, especially small jobs, will help the scheduler schedule your jobs promptly.
MSI understands that no one wants to wait. It is also true that no scheduling policy can guarantee that no one will wait - only impossibly large machines can guarantee that - so we use fairshare to try to ensure a mix of jobs from all users can utilize the resources efficiently and fairly. We monitor queues and often adjust parameters to get better turnaround times on jobs. Your comments are always welcome. 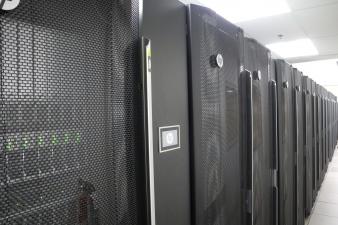 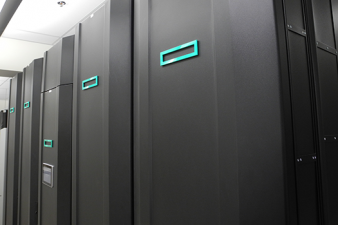