The zebra mussel (Dreissena polymorpha) is a freshwater invasive species that has spread throughout waterways in Europe and North America. Economic effects include billions of dollars of damage to the power-generation industry and to recreation and tourism. The invasive mussels also crowd out native species, destroy those species’ food sources as they remove large quantities of phytoplankton in the water, and cause dramatic changes to the food web. Although many researchers have been studying D. polymorpha, there has been little genetic work done to date.

How we worked with the researchers
MSI staff members worked with MSI PIs Michael McCartney (Minnesota Aquatic Invasive Species Research Center and Department of Fisheries, Wildlife, and Conservation Biology) and Kenneth Beckman (Director, University of Minnesota Genomics Center) and members of their research groups. Other participants were from the University of Toronto, Phase Genomics, and the National Human Genome Research Institute. MSI provided access to advanced genomics software. MSI staff analyzed data and helped to assemble and annotate the genome. 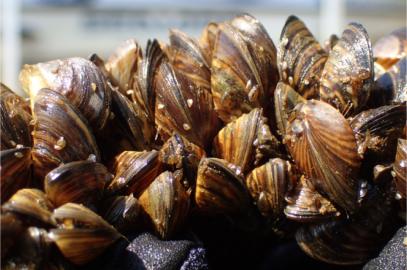