Modeling the Interactions Between Characteristics of Landscapes and Plants

With regards to the safety measures put in place by the university to mitigate the risks of the COVID-19 virus, at this time all MSI systems will remain operational and can be accessed remotely as usual.  The only planned outages concern our in-person Helpdesk and tutorials.  More information, as well as alternative remote support options, can be found at MSI COVID-19 Continuity Plan

The introduction of non-native plants to an ecosystem can cause damage, such as crowding out native species. However, it is sometimes desirable to introduce non-native plants, such as when trying to bring diversity into an agroecosystem or when producing biomass feedstocks for biofuels and other applications. When introducing non-native species, it is important to have a good understanding of the conditions that might cause it to spread into the native habitat. While researchers understand that certain traits in plants can increase their potential to spread, and that characteristics of a landscape can also influence such spreading, there has been little research to date about how those features interact.

Two MSI PIs, Professor Nicholas Jordan (Agronomy and Plant Genetics) and Associate Professor James Forester (Fisheries, Wildlife, and Conservation Biology) are co-authors on a recent paper that uses computer simulations to investigate how the interaction of different landscape characteristics and plant traits affect the spread of an invasive plant. The simulations used 1,000 different real landscapes and parameterized the model for the giant grass Miscanthus x giganteus (giant Miscanthus), which is useful as a potential biofuel source. The results showed that the presence of highly suitable habitat in the landscape most strongly influenced the spread of giant Miscanthus, but that there are other, more subtle, interactions between features of the landscapes and the grass. The paper was published in the journal PLoS One: Ranjan Muthukrishnan, Adam S. Davis, Nicholas R. Jordan, James D. Forester. 2018. Invasion complexity at large spatial scales is an emergent property of interactions among landscape characteristics and invader traits. PLoS One 13(5): e0195892. doi: 10.1371/journal.pone.0195892.

Professor Jordan is using MSI for studies that seek to lower barriers to the establishment of diversified biofuel grassland agroecosystems. Professor Forester uses MSI for research into the interactions of species and processes in agroecological landscapes, and to explore infectious disease dynamics across ecological systems.

Boxes indicate the interquartile ranges and whiskers the full ranges of β values across all invader trait combinations. The dashed vertical line separates parameters that describe landscape composition (1–11) or spatial structure (12–50). Note that in panels a, b, and d the break and change in scale on the y-axis. In each of these cases the β values for the abundance of grassland were much higher than any other parameter and so we have separated it to increase the visibility of other parameters. The order of landscape characteristics is shown in the table below. 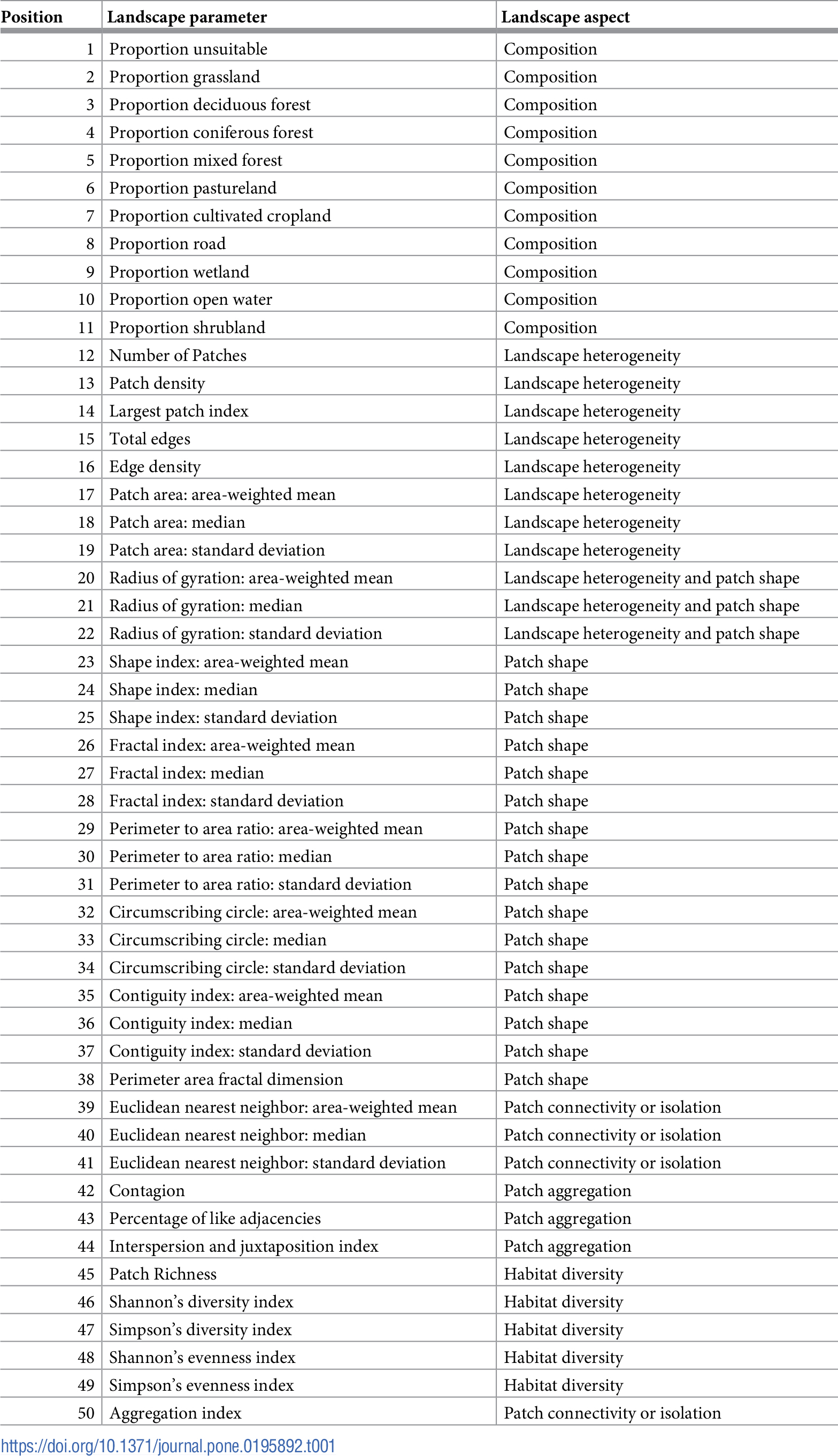