Ceph in HPC Environments at SC15

Individuals from MSI, UAB, RedHat Inc., Intel Corp., CADRE, and MIMOS came together at SC15: The International Conference for High Performance Computing, Networking, Storage and Analysis on Wednesday, November 18, 2015 in Austin, TX to share their experiences with Ceph in HPC Environments.

This "Birds of a Feather (BoF)" meeting brought together Ceph developers and systems administers to share their experience working with Ceph and to discuss how it can be used to address many of the challenges that we now associate with Big Data and data intensive research. The format for this BoF was a series of seven lightning talks. Each talk was about seven minutes, followed by three minutes of questions. Researchers, developers, and administrators were there to participate in this session and to share and learn about Ceph in the wild. 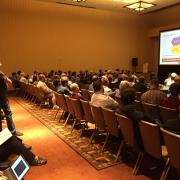 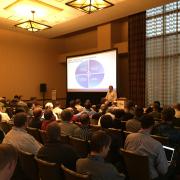 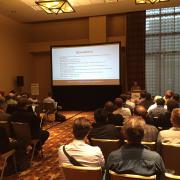 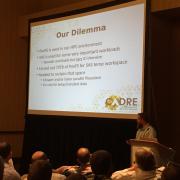 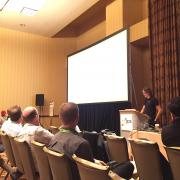 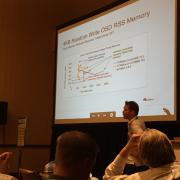 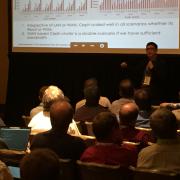 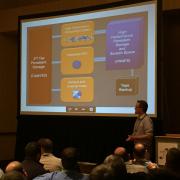 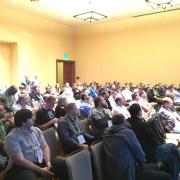 The Ceph storage platform is freely available software that can be used to deploy distributed fault-tolerant storage clusters using inexpensive commodity hardware. Ceph can be used for a wide variety of storage applications because a single system can be made to support block, file, and object interfaces. This flexibility makes Ceph an excellent storage solution for academic research computing environments, which are increasingly being asked to support complicated workflows with limited hardware and personnel budgets. This BoF brought together experts who have deployed Ceph for a variety of applications and will illustrate how Ceph fits into research computing environments.

BJ Lougee, Center for the Advancement of Data and Research in Economics (CADRE)